The third day of our journey took us into the Black Hills of South Dakota and The Badlands. Referred to as “The Land of Light and Stone,” we arrived in this ancient space on a Sunday in full reverence for the wild rugged beauty Mother Nature created. Once home to prehistoric creatures including mammoth, rhinoceros, large bison and small horses; millions of years worth of fossils deposits, water and wind erosion have developed into an amazing structure of rock formations and mountains unlike any we’ve ever seen. Do you use bentonite clay in your healing practices? The Badlands are full of it. And ancient tales of lives and loves lost too.

Paleo-Indians tens of thousands of years ago to the many great nations of the Sioux, Comanche, Cheyenne, Arapaho, and Kiowa have roamed this wild land, trading, hunting and sheltering. It is hot, dry and otherworldly. The people we encountered were mostly quiet, as if in a holy place. We felt the same. It was 104 degrees, sunny, blue sky, no trees, no shade except what could be found in the shadows of the bleached white rock formations we hiked around. Keeping our distance still allowed us to encounter other wild and woolly folks traveling cross country. It felt like we were all on a pilgrimage to seek something more that ourselves—stepping away from the monotony of our every day lives in some other place, becoming nomadic like the ancient ones, but more than nourishment for our bodies, it was our spirits in need of refreshment. From a few families having a rough time getting their kids to cooperate to friendly bikers enroute to Sturgis, the general air was one of peace, most everyone was chill. That’s what I love about adventures into the wild. It brings common ground to uncommon folks: we are all connected even in the unlikely scenario of where we are and what we’re doing in that moment apart from everything else.

The local Dakota people called the land Mako (bad) Sika (land). Somewhere in the 1600’s this area went from native lands to the French. It was French-Canadian trappers who continued the name as “bad lands to travel across,” le mauvaises terrestrial. Later it went to the Spanish, then in 1803 it became owned by the US Government, traipsed upon and pillaged by explorers, trappers, settlers, priests, bandits and all sorts of characters. Today, the land holds the memory of all. It is the perfect backdrop for something funky to happen. I’m glad we had the opportunity to experience it, passing through, leaving it as we found it, telling the tale to other pilgrims in search of soulful lands and wild places, to truly find themselves. It’s also a place to easily get lost and never be seen or heard from again.

Things to consider. There is a national park office and visitor center to learn more and gather souvenirs. Driving the loop begins with a trading post just outside the park entrance where you can pick up an assortment of provisions, use the bathroom, get water and gas—heading west through the Badlands it is the last gas station for a long time. Holt made friends with several local prairie dogs, he was ecstatic to connect with someone besides Kenny and I after three days in the truck together. Heading out of the Badlands we drove through the National Grasslands where we encountered a lone buffalo, a handful of antelope and one big horn sheep who was nibbling wild flowers near the road. In your minds eye look back to a time when buffalo roamed wild and free in huge herds numbering in the thousands throughout the prairies of our country, especially this country. Now, there are only a few, in the National Grasslands and in Yellowstone National Park. Outside of the national parks, as wildlife preserves, you will see none. It is heartbreaking.

After counting over 60 signs for Wall and Wall Drug for 150 miles along 70 West, Holt was adamant about seeing what all the jackalope and free ice water advertisements were about, so we stopped. It’s changed, improved, a lot in the past 20 years but it’s still a weird little town full of roadside oddities. We didn’t stay too long. Heading out and on, Kenny napped while Holt acted as copilot taking us through the rest of South Dakota, through Wyoming where we passed through more storms—spectacular to see hanging over the mountains while the thunder beings conversed— then glided quietly into Montana in the cover of dark. It was 548 miles from the start of this day til we landed in Billings for the night at a hotel bedecked in western fashion of lodge pole pines and bears. Next stop, The Beartooth Pass. 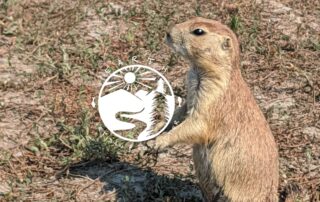 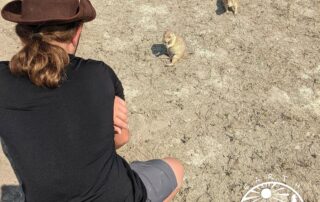 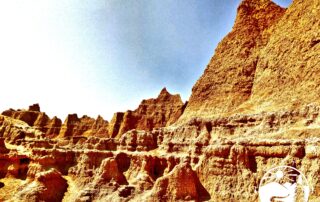 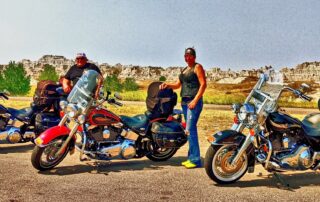 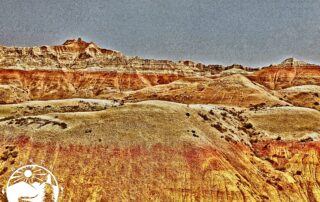 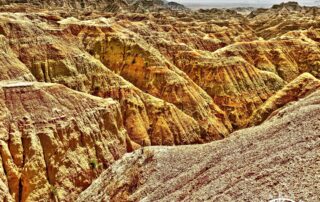 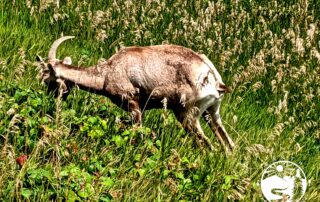 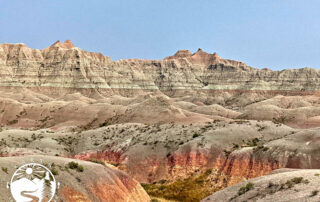 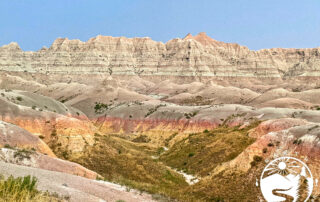 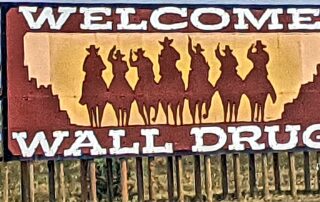 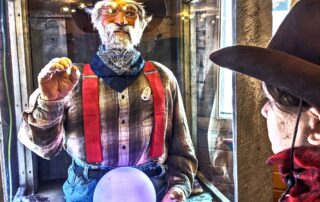 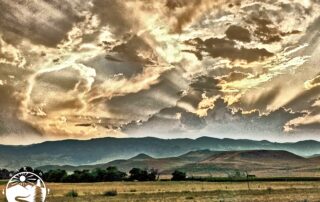 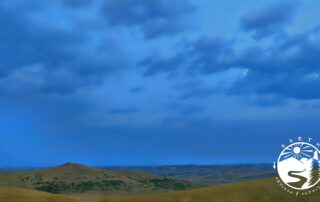